WAMCO s.a.r.l. is a Lebanese company serving its clients efficiently in the domestic market. Owing to its high quality products, the company is headed by a team of eminent mentors who inspire the company to grow by leaps and bounds.

Infrastructure :
Our efforts to offer high quality products are nurtured by our state-of-the-art infrastructure that spans over a very large area. For high production, we have divided our infrastructure into various units such as Procurement, Manufacturing, Research and Development and Warehousing. Further, we make use of advanced machineries for producing a wide range of products for our clients.

Quality Assurance :
Since inception, Quality has always been our prime focus. Right from procurement of raw materials, till dispatch, our products are checked on stringent quality parameters. We offer products to our clients only after thorough inspection.

Why Choose Us? We are recommended by our clients due to the following reasons :
● Quality of Products
● Adherence to strict delivery deadlines
● Complete Customers Satisfaction
● Market Leading Prices

Architects and specifiers can include American Standard Window films with the NFRC certified label in their bidding application process and supply this documentation for LEED certification points and qualifying energy rebate programs where applicable. 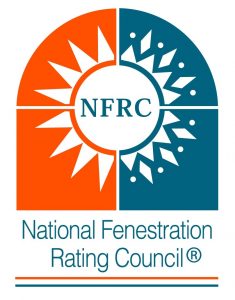 Why Use ASWF Window Film?

Ultraviolet radiation can travel through car and home windows, where it can contribute to the daily accumulation of sun exposure that can lead to skin cancer and photoaging. ASWF UV-blocking films can not only protect you against this exposure, but can offer other benefits as well.

Ultraviolet rays (UVR) are sneaky. Not only can they cause skin cancer and visible signs of aging, they’re also very good at finding you. They can bounce off water, off sand, and they can penetrate glass. Which means that even if you’re inside your car or house, if you’re sitting next to a window with sunlight streaming in, you’re at risk for UV damage. 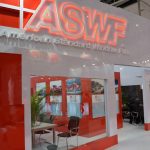 And now, ASWF  UVA-protective film has moved indoors big-time. Residential and commercial films come in flat sheets, in varied tints, cutting down glare by more than half while allowing 80 percent of visible light to get through, depending on the customer’s wants. ASWF Window Film block out up to 99.9 percent of UVR. This helps prevent not only sunburn, but also the brief daily UV exposures that cumulatively accelerate skin aging and multiply the risk of skin cancer. In addition, the ASWF  film can be lifesavers for people with diseases involving dangerous photosensitivity, such as xeroderma pigmentosum and lupus.

Along with clear health benefits, window film offers other advantages: